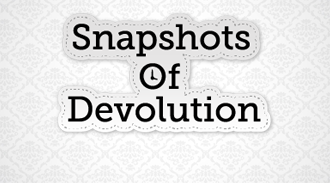 Northern Ireland’s challenges did not end when it achieved devolution.

Direct Rule ended on 2 December 1999, but devolution was initially short-lived. The Assembly was suspended between February and May 2000 and again from October 2002 to May 2007. During these periods there was a return to Direct Rule. Parties continued negotiations to resolve issues threatening the survival of the new institutions.

The St Andrews Agreement led to the Assembly’s restoration in 2007, with the DUP and Sinn Féin now the biggest in the Assembly and Ian Paisley and Martin McGuinness as First and Deputy First Ministers. Westminster devolved Policing and Justice powers to the Assembly in April 2010, following the Hillsborough Agreement. Further agreements have been required, including the Stormont House Agreement of December 2014 and Stormont House Agreement, Mark II, called 'Fresh Start', in November 2015. These addressed concerns about issues which were still outstanding from previous agreements, including how to deal with the past, as well as concerns about how the Assembly was working and failure to agree on the issue of welfare reform. Changes agreed included the reduction in the number of government departments from 12 to 9 following election on 5 May 2016, reduction in the number of MLAs from 108 to 90 in the election scheduled for 2021 and the introduction of arrangements for an Official Opposition.*

This reduction in the size of the Assembly happened sooner than expected when, on 9 January 2017, Martin McGuinness resigned as Deputy First Minister, bringing down the Executive and triggering a 'snap' election on 2 March 2017. The election did not result in the formation of a government. Differences between the 2 main parties remained unresolved until 9 January 2020, when a new agreement called New Decade, New Approach was published. For 3 years Northern Ireland had no devolved government and the Assembly did not meet. Budget Bills for Northern Ireland were passed at Westminster, as well as controversial legislation introducing same sex marriage and abortion.

Secretary of State, Jullian Smith MP, said of New Decade, New Approach, "It is a fair and balanced deal that will ensure key decisions about peoples’ lives can be made. It immediately ends the health strike (over lack of pay parity with the rest of the UK), focuses on reforms to health and social care, ensures more sustainable institutions... and greater transparency, and a new framework on language, arts and literature.

Try snapping photographs of the significant milestones from the early years of devolution. Can you peg them up in chronological order when you reach the dark room?

Q. What have been the problem issues over the years since 1999? Are they resolved now?