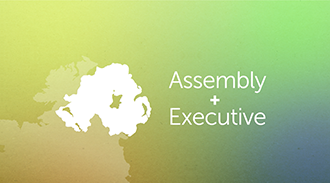 What is the difference between the Assembly and the Executive?

The Assembly is the legislature, or law-making body for Northern Ireland, made up of 90 Members of the Legislative Assembly (MLAs), elected by the people to represent their views and make laws on their behalf. It meets in the Assembly Chamber of Parliament Buildings, in the grounds of the Stormont Estate in Belfast. All laws on Transferred Matters must be passed by the Assembly. It debates and scrutinises proposals for laws, suggests amendments and votes on whether they should become laws. Proposals for new laws are called Bills. When they have been passed by the Assembly and have received Royal Assent, they become Acts. The Assembly passed 67 laws during the 2011 to 2016 mandate. Most proposals for laws come from Executive Committee Ministers and are known as Executive Bills. Non-Executive Bills are those proposed by an MLA (Private Member's Bill) or an Assembly Committee (Committee Bill).

Unlike the Westminister system, where one party can govern alone (controlling all government departments) if they win a majority of seats in the House of Commons and the leader of that party becomes the Prime Minister, the Northern Ireland Executive must be a coalition government of at least two parties, representing unionists and nationalists. We have two people sharing the role of 'prime minister',  the First Minister and the deputy First Minister. Following an election, the largest party nominates the First Minister and the largest party in the second largest community nominates the deputy First Minister. A system, called 'd'Hondt' is then used to appoint the other ministers on the Executive. This mathematical formula is based on party strength in the Assembly, that is, the number of seats parties have won in the election. So, the largest party gets 'first pick' of the departments and nominates one of their MLAs to be Minister of that Department. The d'Hondt formula is then applied to reduce that party's 'value' (no of seats divided by two after the first pick), and the largest party at that point gets second of departments and nominates the minister. The process continues until all positions are filled. Larger parties may get to nominate more than one Minister. A special arrangement is in place to appoint the Minister for Justice, who has to be elected by the Assembly with cross-community support, ie, the support of both nationalists and unionists.

In the 2011-16 mandate, four parties were entitled to seats in the Executive under d'Hondt. A Minister from a fifth party was elected as the Justice Minister. After the election of 5 May 2016, the UUP and SDLP decided not to take their seats on the Executive (they were entitled to one each) and and formed the first Official Opposition in the Assembly. The DUP had 4 Ministers and Sinn Féin had 3 Ministers. The Assembly elected an independent unionist as the Justice Minister. Following the 'snap election' of March 2017, all parties entitled to nominate a Minister did so and, therefore, no Official Opposition was formed. See below for a list of departments and current ministers. The departments are listed in the order that they were selected by parties under d'Hondt.

The Executive Committee meets in Stormont Castle, also on the Stormont Estate. Its work is co-ordinated by the Executive Office (First and deputy First Minister).

Ministers are responsible for day to day government operational decisions within their own areas of responsibility. They get together as the Executive Committee to draw up the draft Budget and Programme for Government (PfG) which have to be approved by the Assembly. The Executive approves the introduction of Executive Bills to the Assembly.

As the elected body which appoints the Ministers, the Assembly must hold the Executive to account, scrutinising Ministers’ proposals for new laws (Bills) and operational decisions. For every Government Department, there is an Assembly Statutory Committee which shadows the work of that Department and Minister. We now also have arrangements in place for an Official Opposition. MLAs can individually hold Ministers to account by asking written and oral questions and highlighting issues in Assembly debates and in the media which they want Ministers to address.

Play the video on the Assembly and Executive to see how D'hondt works.